If we in Knokke-le-Zoute can boast of our "Lippens Avenue", filled with prestigious shops, elsewhere in the world, people compete with exuberance to be the "most luxurious shopping centre". Here is a brief overview of the opulence, excess and abundance...

In pole position for excessiveness, welcome to Dubai! With a surface area of 800,000 m² and no less than 1,200 shops, this mall is located at the foot of the Burj Khalifa, of which it is an integral part. Here, in addition to the biggest luxury brands, you will find one of the largest aquariums in the world, an Olympic ice rink and even... waterfalls!

There is no gigantism here, but rather breathtaking baroque architecture. Located in the heart of Milan, this prestigious shopping arcade is occupied by numerous luxury boutiques, as well as antique shops and prestigious bookstores.

Venice? Uh, no... Las Vegas. Adjacent to The Venetian hotel, the Grand Canal Shoppes is inspired by the Italian city to give you an eyeful: the Grand Canal with the river, its bridges and its shops decorated like Venetian palaces, who can beat that?

Cevahir, opened in 2005, is Europe's largest shopping centre and is characterised by its vibrant colours, sumptuous design and undeniable luxury

Located on Boulevard Haussmann in the ninth arrondissement of Paris, this imposing luxury shop is decorated in an Art Nouveau style, with spectacular staircases and finely crafted balconies. A must-see in the City of Light.

This 500,000 square metre shopping centre in Bangkok has 300 luxury shops, including prestigious car dealerships such as Ferrari and Lamborghini.

This luxury London department stores', located in Knightsbridge, was once known as the 'royal purveyor' of china, glassware and royal trinkets. Today, Harrods is a brand that conveys an image of luxury and quality.

In addition to its 800 shops spread over 223,000 m², this mall has the particularity of housing an artificial ski resort whose air-conditioned slopes rise above the shopping centre. 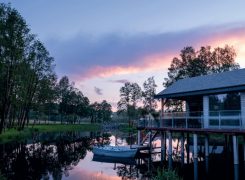 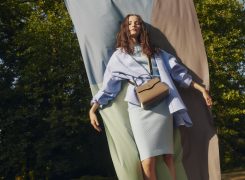 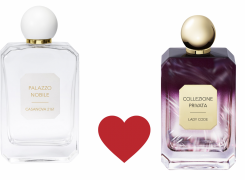 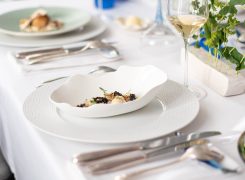